It's been about a week since I published White Elephant, and some exciting things have been happening, so, story time!

I made White Elephant as part of the Extra Credits Holiday Jam. Lately, I've been obsessing over the puzzle platformer game genre and metafiction techniques for narrative. I was originally planning on using some stage-building tools I had recently created, but when I heard the theme of present, I realize this would go in a different direction. I have a tradition of wrapping presents an absurd number of times to troll people at gift exchanges, and I figured that could make an interesting experience without becoming too large in scope.

I paced development much better than in previous jams. The Extra Credits jams discouraged crunching, and I got plenty of sleep. I even had enough time to finish finals at my university and to play some D&D. It was surprising that things went smoothly enough that I had something playable nearly a full day before submissions closed.

There are a few bugs that I wish I caught before submissions closed, but none of them are game-breaking. Having a clear beginning, middle, and end made the game more ideal for streaming. I had experimented with making a guide character for another project, and I figured it would work here. I'm not much of an artist, so I went with a sort of ugly-Christmas-sweater aesthetic. Everything somehow worked together, and I am overall pleased with the result.

Wow! I was not expected people to like this as much they did. Within a week, the game has been downloaded about three hundred times. That is much more than all my other games combined. It climbed to the top of a list of over two hundred games from the Extra Credits jam. It received five-star ratings and positive comment reviews. People are streaming it and uploading walkthroughs on Youtube. People are actually finding it through the Top Games page. Thank you everyone who told me that they like the game. I've been struggling to find confidence as a game designer, so it is relieving to hear that I am making an enjoyable experience for people.

One interesting bit of feedback I am getting is that people keep comparing the game to an escape room. I experimented with making a few point-and-click escape room games years ago in Flash, but I never published them. Now, when I am not making video games or studying for classes, I actually work at an escape room, building software and running games. I keep coming back to the puzzle genre, and I am improving at adding narrative to puzzles, so I am excited to keep going with creating escape-room-like experiences.

Also, no one seems to be activating the secret beach-ball chute.

Christmas is nearly here, and I expect downloads to drop off after the holidays. Some people in the comments mentioned that they would like to see more like this. It doesn't really make sense to publish another Christmas game any time soon, but there is another project I've been working on that I think you might like if you enjoyed White Elephant. It's called Fail to Win, and it is another 3D puzzle platformer, this time focused on the mechanic of using a respawn point as a teleporter. 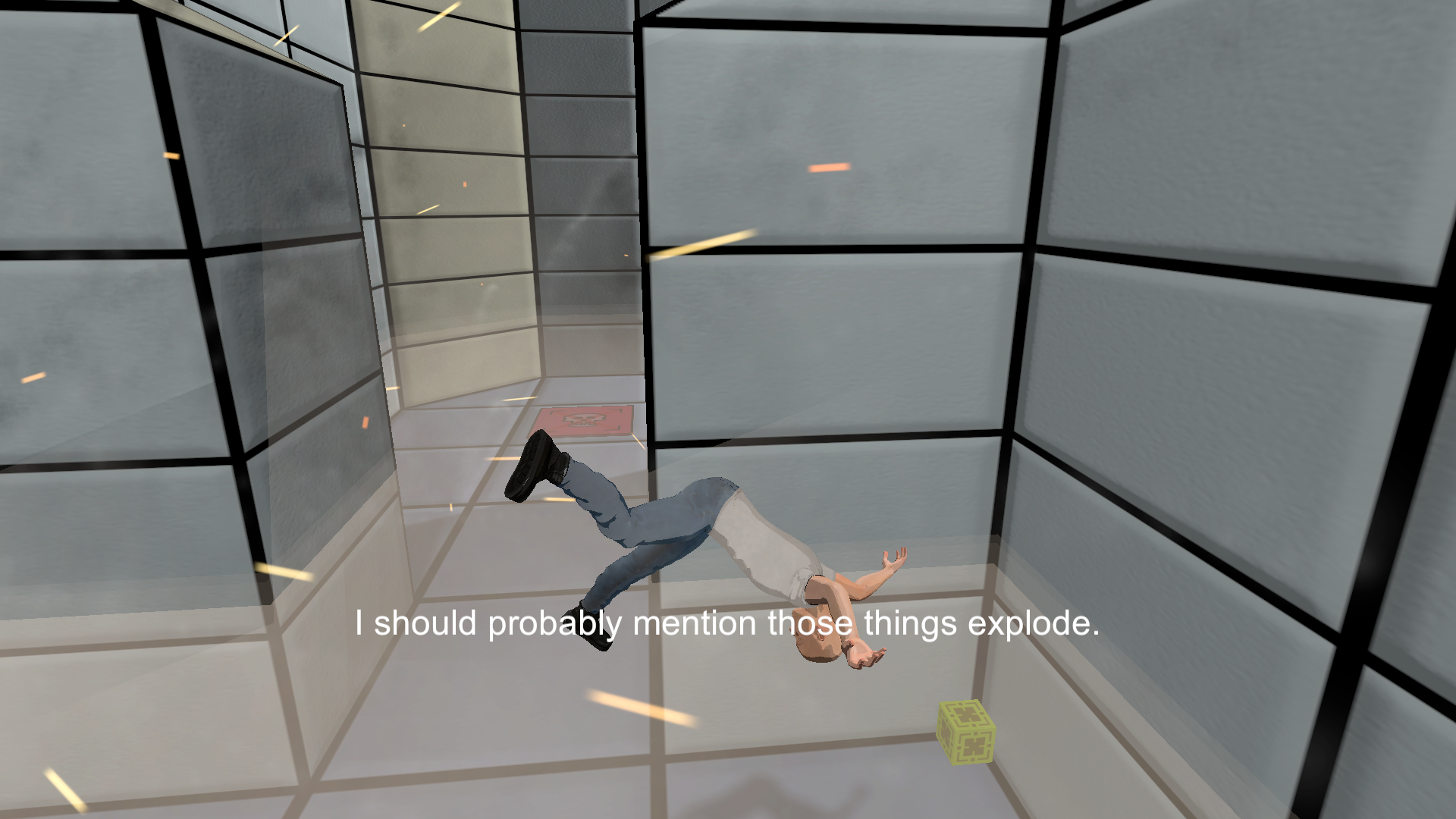 You spend half the time running around and the other half flying through the air as a ragdoll. This is a much more ambitious project, and it may take another year to complete, but a demo is nearly finished, and I expect to release that demo in January. When I publish the demo, I won't get the attention from a large, popular game jam, so if you want to see this game, please follow me here on Itch so you'll know when I publish the demo in a few weeks. Also, you can follow me on Twitter where I regularly post updates on game development progress: https://twitter.com/KenningtonGames. This game is so big that it will be hard to build without funding, so I am hoping the demo is exciting enough to pitch the idea. I also might help funding a bit by releasing some of the tools I built for this game on the Asset Store. It will be a sort of 3D puzzle platformer framework complete with a stage creator and a few puzzle props to get started. If this is something you other devs might like, please let me know!

I got you a present!

Woah, that is a lot of downloads - nicely done! :)