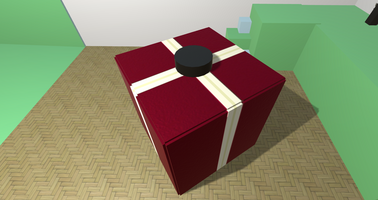 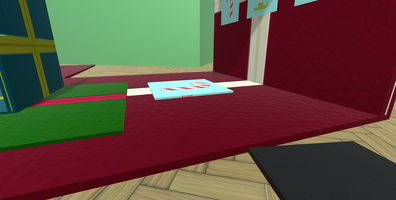 The Extra Credits Holiday Jam theme was present. I've been in the habit of making puzzle platformers lately, so White Elephant was born. I can't say much about it without spoilers, but suffice it to say that the idea came from a tradition I've kept whenever I participate in a white elephant gift exchange.

I tried to make it as absurd as I could without being incomprehensible. I made it in like four days, so I went went with a sort of ugly-Christmas-sweater aesthetic.

There are still a few more hours before submissions close, so I might make a few tweaks, but that's unlikely. It's should work fairly well now. I'd appreciate any feedback in the reviews and comments, or through this questionnaire: https://goo.gl/forms/TuqtJYXIvG0LKrSo2.

P.S. I don't think anyone has found the secret yet.

I got you a present!